18TH CONFERENCE OF THE LFG: BRAZILIAN DIAMONDS – THEIR HISTORY AND IMPACT ON JEWELLERY

On Wednesday 12 December 2018, the 18th Conference organised by the French Gemmology Laboratory (LFG) was once again a widely-hailed success. The hall was filled to capacity for the presentations by Rui Galopim de Carvalho and Emmanuel Fritsch.

The conference began with a few words from LFG President Bernadette Pinet Cuoq, who introduced the day’s speakers in turn, thanking Rui Galopim de Carvalho in particular for his presence.

As a preamble to the Brazilian Diamond Conference, Aurélien Delaunay, director of the LFG, presented the organisation’s latest news. The LFG has acquired a number of new devices, including portable spectrometers and a new photography system. Numerous plans have also been made, including a makeover for the website, wider participation in trade fairs and the ISO quality approach. Descriptions have also been drawn up on Type IIa diamonds with exceptional luminescence levels. The organisation also detected an imitation quartz coated with a polymer sprinkled with pyrite. A chabazite inclusion in an opal from Ethiopia was discovered for the first time. A sapphire with a very interesting colour zoning was also described.

For the last conference of the year, the spotlight was placed on Brazilian diamonds. Rui Galopim de Carvalho, a Portuguese gemmologist, presented Brazil’s diamonds from their discovery in 1725 in secondary, sedimentary deposits (Arraial do Tejuco, Minas Gerais) up to their present-day mining at a primary deposit in the Braúna Kimberlite pipe in Bahia. Annual diamond production in Brazil has increased over the past few years (around 255,000 cts in 2017), but nevertheless remains much lower than previous production. The Brazilian deposits have produced some very beautiful and historic diamonds (Paragon, President Vargas, etc.) and diamonds of colour (South Star, Moussaieff red, Hancock red, etc.). Before the discovery of Brazilian diamonds in the 18thth century, jewel-making was based mainly on metal work. As soon as diamonds were discovered in Brazil, this turned around, and metal became secondary compared to the stones. 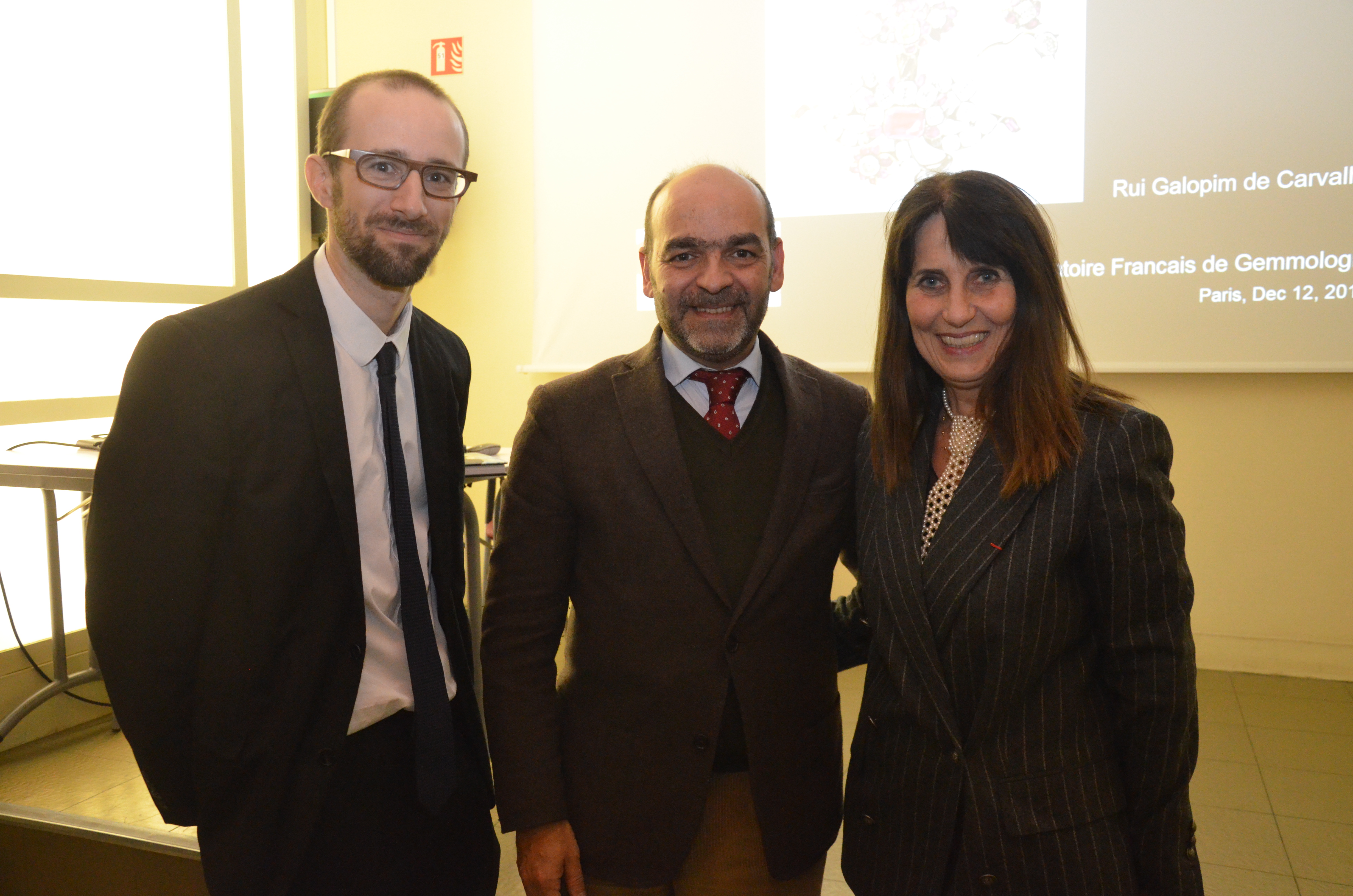 Rui Galopim da Carvalho’s fascinating and exciting presentation gave audience members a sense of the impact a newly-discovered deposit could have on approaches to jewel-making. This was followed by the presentation of the book Mogok, written by consortium of gemmologists and reporters, including Prof. Emmanuel Fritsch, LFG’s scientific advisor.

The conference then concluded with Emmanuel Fritsch signing copies of the book, Mogok, and time for informal interaction.