Since 2004, treating corundum (primarily rubies) by filling fractures with lead glass has continued to develop. It is true that this constitutes a technical development, with the arrival of glass that no longer shows a blue/orange flash effect. It is also quantitative step forward, though, seeing the number of treated stones on the market and the discovery of new productions that lend themselves particularly well to this type of treatment, notably in Mozambique.

Today, a new type of development has come onto the market for gems not previously suited to this type of treatment.

In August 2010, the author acquired a translucent 20.37-ct trapiche ruby on the Chanthaburi market (Thailand). The vendor specified that the stone was originally from Mozambique and had been treated by glass fracture-filling. Other vendors met later also offered non-treated trapiches, large in size (up to 181 ct.), which they claimed were from the Nzérékoré region in Guinea (West Africa), an area not yet known for this type of material. 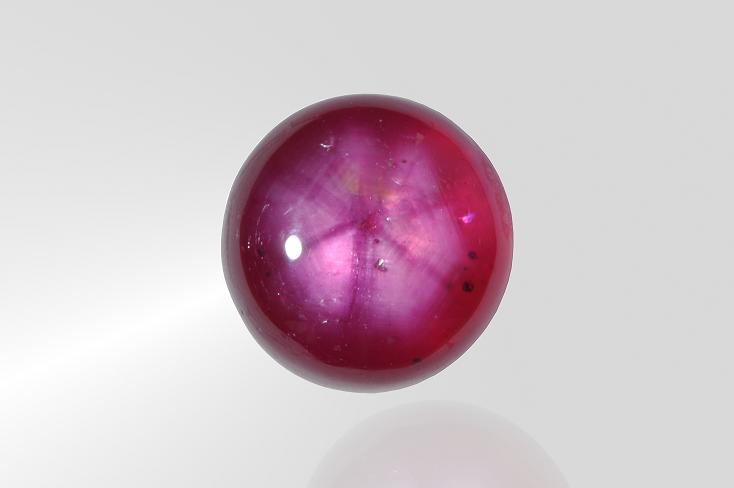 In our sample, we can clearly see a classic trapiche figure, with six sectors separated by a delineation differing in appearance. Hexagonal growth areas typical of corundum can also be seen. Under a magnifying glass x10, many bubbles can be easily distinguished, attesting to fracture-filling with a fluid material at the time of treatment.

Microscope examination confirms the presence of numerous cracks filled with a material with the properties of the glass. They can be distinguished in reflected light by a more dull shine and are often quite wide. This suggests extensive fracture filling. There are many trapped bubbles, some of which are perfectly spherical, indicating that the volumes to be filled were large, since the bubble was able to develop freely, without being flattened. 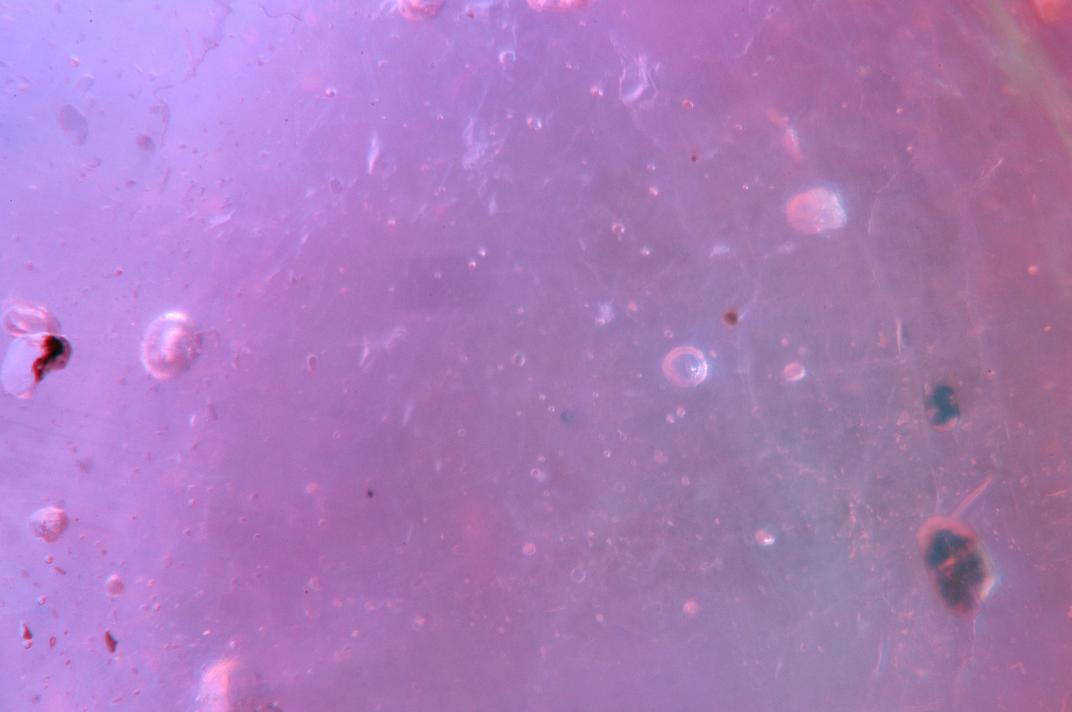 Many trapped spherical bubbles, a sign of the large volume to be filled. Also to be noted is the presence of natural inclusions (x20). Photo by O. Segura.

Natural inclusions of crystals are also visible in large numbers, probably apatite. The figures of the trapiche are white and silky in appearance, regular and homogeneous.  We are therefore dealing with a single crystal and not a reconstituted stone, despite the abundance of glass. To our knowledge, trapiche rubies from Mozambique are much rarer and much larger in size than those found in Burma, particularly in the Mong Shu region. It is therefore conceivable that the extensive exploitation of Mozambique’s deposits, which were discovered in early 2009, will in the future provide large trapiches.